Borrowed Prejudice – taking someone else’s prejudice and repeating it as our own without ever verifying its validity. I wonder how many times we do this without realizing it? When Nathanael speaks about Nazareth, I bet he hadn’t even been there. He is repeating someone else’s opinion and in doing so, he has now put his name on it; he has claimed that opinion or prejudice as his own.

Many of us have not had the privilege of traveling to Israel. We do not know the area first hand and so we come to our conclusions about the country and its people based on the news or the comments of others (even comments from the bible!). Some folks we listen to speak from firsthand experience but many are simply repeating the opinions of others. For years, all I had to go one about this area of Israel were the belittling comments like this about Nazareth and the Galilean region. “Can anything good come out of Nazareth?” John 1:46. This gave me the impression that it was a dumpy little, backwards region of the country populated by people who probably the same. Boy was I wrong.

When I travelled to Israel, I saw that this area was not unsophisticated or uncultured in Jesus’ time like today’s scripture would lead us to believe. The people who lived there were more than just sheep herders and rough carpenters – they were artisans. The buildings, the artwork, and the mosaics from Jesus’ time all over Galilee are overwhelmingly beautiful and complex. The skills and talents of the people of that day was mind-boggling. Some of the mosaic incorporated stories from Egypt and the other countries which meant these folks also possessed a broad knowledge of their world. It was clear who came from a dumpy little, backwards area of the country – Me!

This Lenten season let us make a vow not to take on someone else’s prejudice. Let us revisit and examine our preconceived notions about people and places to make sure ‘we truly know of what we speak.’ But more importantly, let us not repeat anything that is derogatory about another person’s culture, religion or homeland. It is better to leave something unsaid than to borrow someone else’s prejudice.

(if this resonates with you, please share it with your friends) 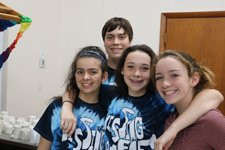 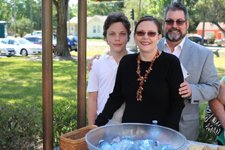 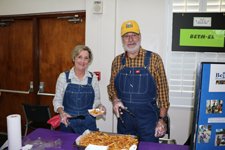 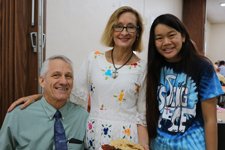